This post should be titled, Monster Digital OTG Cloud: Jack of all trades, master of none. Even the name of the device reveals a product that isn’t quite sure what it is. On-The-Go (OTG) Cloud? Would the average consumer get that? Before I begin with my thoughts on this device, take a look at the promotional video below for Monster’s own take on this device’s capabilities.

I found the Monster Digital OTG Cloud (OTG) at Sam’s Club and it was truly an impulse buy. But how could I resist a device that claimed to be a:

Not only was is the OTG Cloud packed with features, Sam’s Club lowered the price from MSRP $99 to a rock bottom price of $14.15. If only one of the above features worked, this would be a valuable addition to my gadget bag. 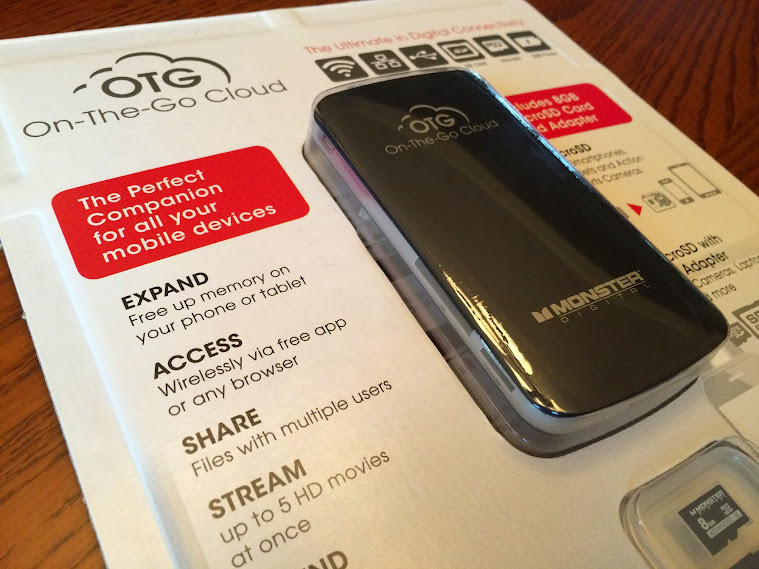 I do not know the exact reason for Sam’s Club markdown, but I suspect this is a product that didn’t sell. Amazon’s price for the OTG Cloud is around $30. Amazon reviewers give this device 3 stars. At these discount prices, the device could be worth the cost if you are technologically savvy. Let’s find out.

Inside the packaging is the following: 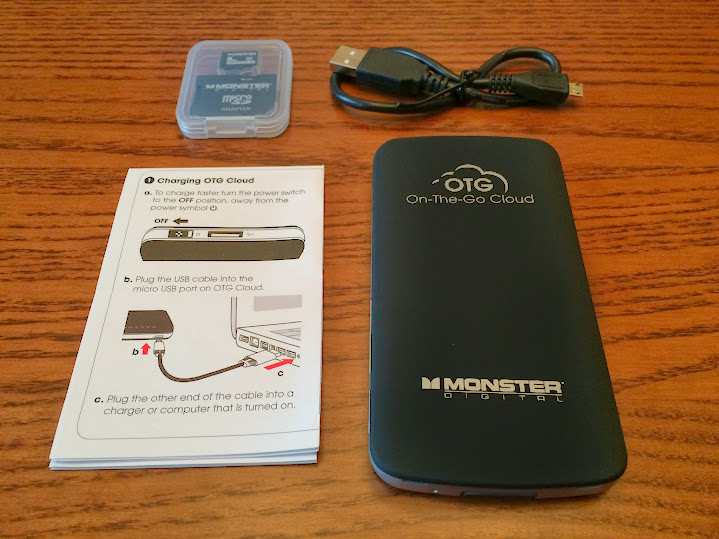 The USB cable is a standard grade cable. I haven’t encountered any issues with it. Hard to mess that one up. The 8Gb microSD with SD adapter is a nice addition. The SD may only come with the Sam’s package. I am not sure if this is included in other retail packaging. Instructions come on a single sheet. It will get you started, but do not look to it for operating details. Finally, you get the OTG Cloud device.

The actual OTG Cloud is well built and I really like the indicator lights on the device. Monster airs on the side of more lights rather than fewer and each light serves a needed function. The battery light is “upscale.” It actually shifts through three separate colors to indicate charge level. The 2000mAh battery is built in and not accessible for removal.

The device is solid, feels good in the hand and has a modern industrial design. It has a slight rubberized coating to ensure it doesn’t slip from your hands. Even if it did slip from your hands, it would probably survive a fall from about 3’ or less. 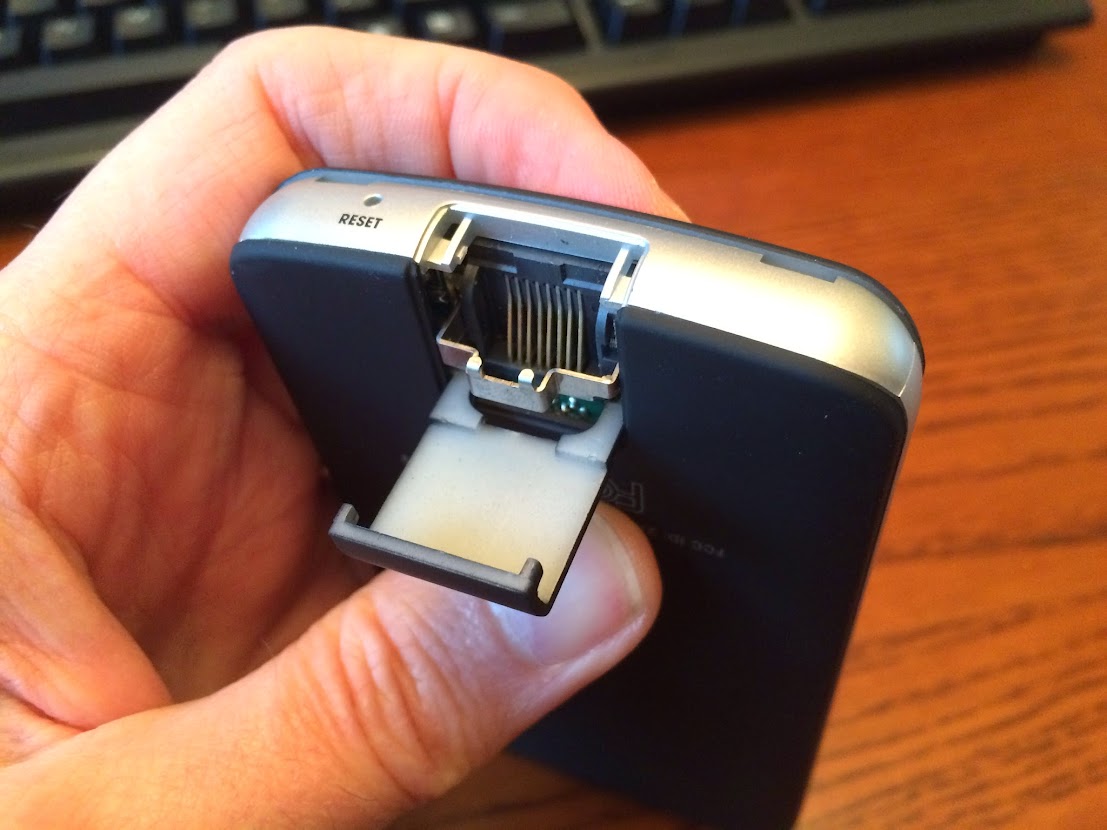 All-in-all, the Cloud OTG sports some pretty nice hardware in a tiny package. I was impressed with the quality and features of the hardware and had high hopes for the device usage. Sadly, the hardware will most likely be the last thing I rave about.

Now that we have a feel for the hardware, let’s take a look at the software feature set. You can have the best hardware on the planet; however, if your have horrible firmware and software, the experience can be miserable.

My first test was to access the included 8Gb microSD via a network connection. After plugging the microSD card into the adapter and then into the SD slot, I turned the device on. I followed the instructions to connect my Mac to the OTG Cloud via Wi-Fi. See the problem here? That’s right. If you connect to the OGT Cloud via your Mac’s Wi-Fi, you disconnect from your home Wi-Fi. No Internet connection! 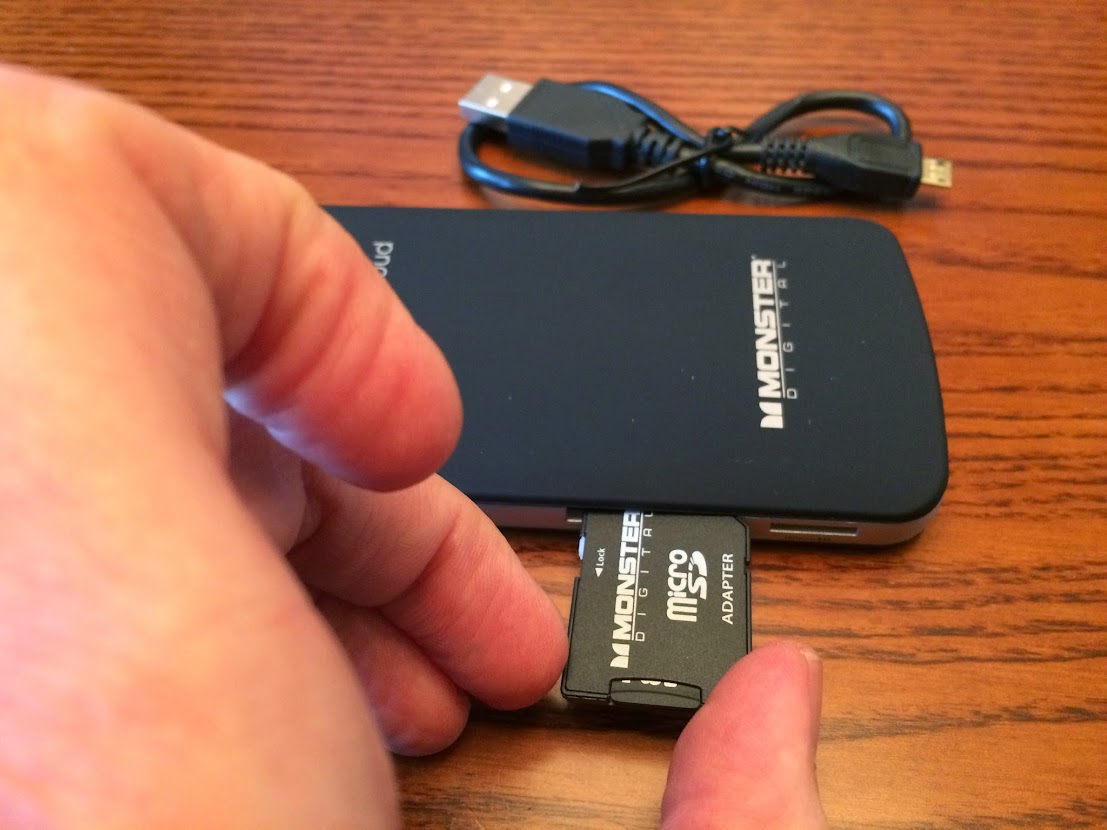 As a plain file server the OTG Cloud might come in useful to transfer files or watch video; however, to have online access, you have to disconnect from the OTG Cloud and then reconnect to your Wi-Fi router. There is a way around this, as we will see below, but the average user is not going to figure this out easily and will probably sit there and scratch their head.

One the plus side, SD, microSD and USB ports operate as you expect. What I really like is that you can load all three at the same time. So you can have an 8Gb SD, 32Gb microSD and a 1Tb drive all connected to the device at the same time. They will appear as separate volumes. Hot plugging (installing and removing storage devices while the OTG Cloud is on) is also allowed, although I’m not so sure I would make this a regular practice.

The OTG Cloud can also serve as a Wi-Fi router. I did not try to use this feature on my home network as I was not willing to replace my AirPort Extreme with this device under any circumstances and possibly mess up my home configuration. The next time I find myself in a hotel room with an Ethernet network connection, I’ll return to this post and provide an update. For now, let’s just assume it will work.

Per the online help, it appears the device only supports WPA2 encryption and does not include any fancy fixin’s such as port forwarding, MAC address filtering, etc. It’s basic Wi-Fi router. I would never try to use this device as my main router and neither should you. Monster did not intend for you to use it this way. The OTG Cloud should be fine for limited use though and I actually look forward to the time when I can grab this device out of my travel bag and create a simple Wi-Fi network in a hotel.

The OTG Cloud can serve as a Wi-Fi extender. That is, you can use the device to extend the range of your current Wi-Fi setup to cover dead zones in your home. In this mode, you can actually read the files on the SD cards and access the Internet at the same time. There are two caveats:

I decided to keep the device in this configuration when it is attached to my home Wi-Fi. While not a true mesh network, it does allow the device to remain on my network so that it is accessible to other devices. On my Mac I use the Finder Go / Connect to Sever menu item and then type in:

I keep the device in the front of my home and this provides a Wi-Fi network in my front yard. I had difficulty connecting in that location previously as our main Wi-Fi router was in the back of the home. I use this Wi-Fi extension when I return from a run and want to update my status on my iPhone or when I sit on the front porch with my iPad.

Simply put, it works as a battery charger. It’s a 2000mAh battery so you will get about 1.5 charges for your iPhone. Probably won’t get a full charge for tablets; however, in a pinch, this thing could be useful. Just remember, when you drain the battery on the device, you will need to plug it in to recharge and use in other modes. Make sure and pack that USB cable with you and throw in a USB power brick. I actually think this is pretty smart. Why not have the battery available to charge other devices?

I should mention that you can charge the battery two ways: using a USB power brick, not included, or by plugging the OTG Cloud via USB cable into your Mac’s USB port. Keep the OTG cloud charged at all times and it could be a life saver on your next travels.

The Monster Digital OTG Cloud could be a better device if it included the following: 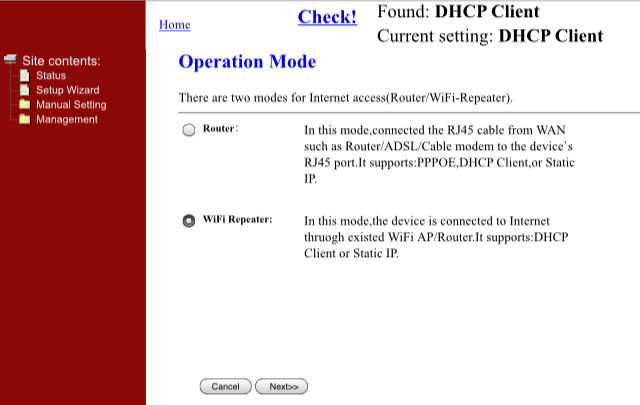 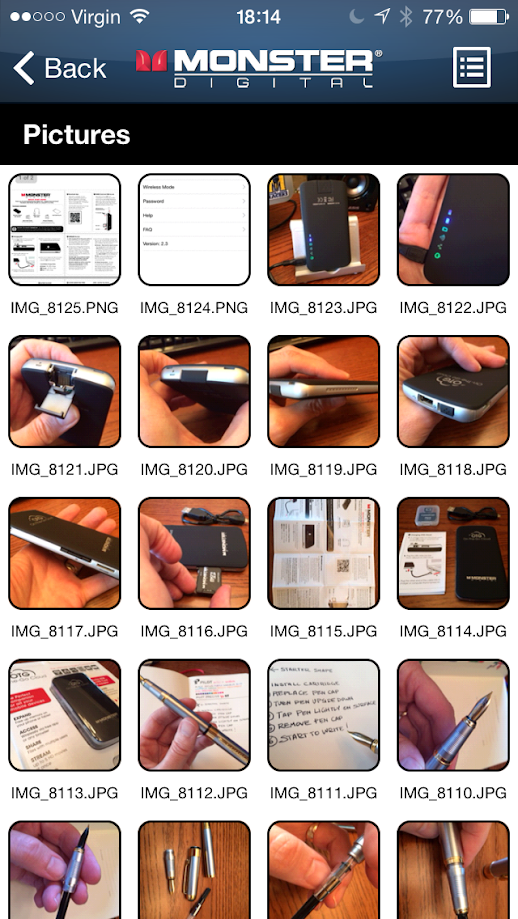 As a reminder, I paid $14 for the Monster Digital OTG Cloud. At that price, if I only used it as a battery charger, it was worth the price. With the addition of only the USB cable and 8Gb microSD, It paid for itself twice over. Add the network server, portable Wi-Fi router and Wi-Fi extender features and I snagged an incredible deal.

Would I pay the $99 MSRP for the device. No way! While the hardware appears top notch, there are way too many issues with the fit and finish of the firmware for me to recommend at that price.

What about the going rate at Amazon of $30? That’s a tough call. $30 is close to the cost of a backup battery, USB cable and 8Gb SD card. Maybe? I guess it depends on if you know what you are getting and whether you can get any value from the software features. If you need a travel Wi-Fi router, this is probably about the cheapest you can find. It’s not great, but it just may suffice in a pinch. As a file server, again, its just barely usable. It might be a good way to take video with you on trips and/or to watch while traveling.

This device will ultimately die as a viable product for the masses with its current software. It is too difficult to configure and operate. If Monster were to spend some developmental time to code real firmware and improve the user interface this could be a very interesting and useful device. As is, and with no current development, it is what is and it’s not good doing what it is. Geeks like me can probably squeeze some value out of the device at $14-30. The average Joe should pass this one by.