In a previous blog post, I share my build of the COBI M60 Patton Main Battle Tank and compare my first experience with COBI to my lifetime experience with LEGO. There’s a lot of history in that post and companion video. I’d recommend you go take a read and watch and then return to this post.

I mention a few times during the M60 video my purchase of the COBI M113 Armored Personnel Carrier. I wasn’t sure if I would share my build of the M113, but a few readers and watchers did make a request, so here ya go! Keep those requests coming. 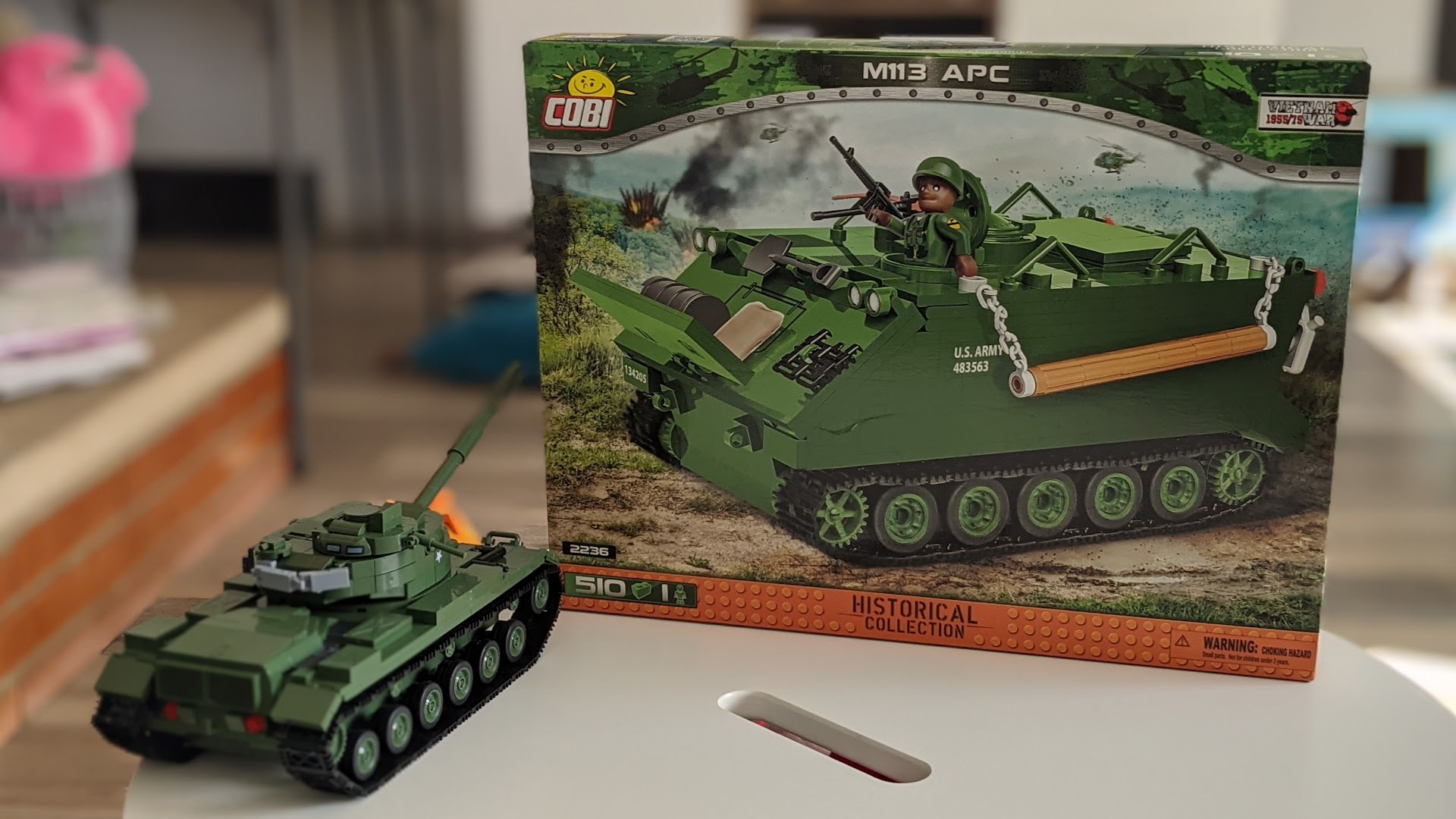 In the video below, I share my COBI M113 Armored Personnel Carrier (APC) build.

☕ If you find this blog post and/or video valuable, please consider buying me a coffee? The caffeine will keep the blog posts and videos coming your way!

Links Mentioned in this Episode:

Below are the links I mention in the video. All Amazon links are affiliate links. Thanks for supporting the blog and the YouTube channel!

Below are additional thoughts about this build that expand on the content in the companion video:

This was another fun build from COBI’s historical collection. As I mention in my previous COBI post, I’m a retired armor officer and have experience with the armored vehicles these models recreate. Like the M60 Patton, this model is as accurate as possible given the limitations of building bricks. Details on this model are excellent and include a wood beam, chains, fuel canister, sand bag, barrel, spare track, glowing headlights, pad printed graphics, .50 caliber M2 machine gun, and an included sapper (combat engineer) action figure with M16.

At a cost of ≈ $44, this model is a great value. Be prepared for small pieces that add to the level of detail not found in many building brick models. They can be a challenge; which I like, and be careful not to lose any of them. I took me about three hours to put the model together. I wasn’t in any hurry and took several breaks. All-in-all, I recommend this model for armor and building block fans.

The companion video uses many images. You can review each of them individually in the album below:

Help make this content better! Leave your comments and thoughts below or in the comments under the YouTube video.

Thanks for reading and watching and if you are so inclined, please let others know about the blog using the hashtag #retroCombs.