COBI M60 Patton Tank and a COBI versus LEGO comparison

I’m an Adult Fan of LEGO (AFOL) and a LEGO fan since my 1970s childhood. As far as I remember, LEGO has always been in my home and a part of my play. In the 1980s, I purchased a MEGA block space set but quickly found they were not the same quality as LEGO.

During the 1990s, I went through my dark-ages (that time when we set LEGO aside because of, well, adulting). When my daughter turned 5 in the 1990s, she began to show interest in more complicated LEGO models other than DUPLO and we built together. A father’s dream come true! LEGO has been in our family ever since. Is there the possibility that I would ever purchase a competing brand of building brick? Watch the video and read the blog post below to find out. 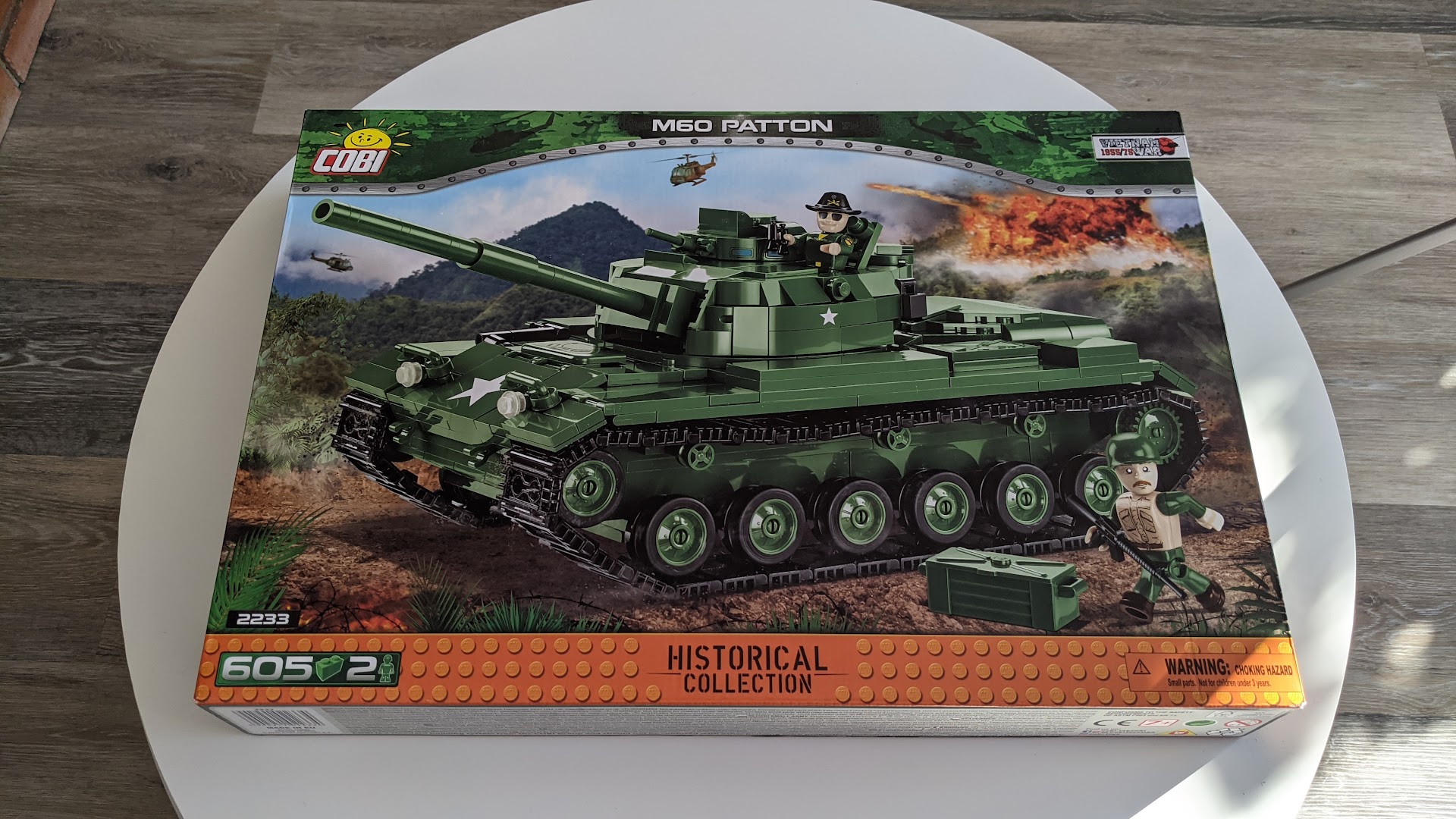 In the video below, I share my COBI M60 Patton build and compare the COBI brand to the LEGO brand.

☕ If you find this blog post and/or video valuable, please consider buying me a coffee? The caffeine will keep the blog posts and video coming your way!

Links Mentioned in this Episode:

Below are the links I mention in the video. All Amazon links are affiliate links. Thanks for supporting the blog and the YouTube channel!

Before I begin, I have to get the dog off my instructions!

“And now for something completely different.”

Below are the reasons I choose to produce this video, which is a far cry from my regular gadgets and retro-computing content:

Who is COBI? Where’s their country of origin? And what else do they do? Let’s find out:

Before we build the model, let’s take a look at the packaging:

This video uses many images that you may want to review individually. I’ve included my COBI M60 Google Photos album below to peruse:

As is customary in my videos, let’s do a quick open the box and see what’s inside:

No model is any good if you can’t put it together; and LEGO has the best instructions. They continue to evolve and get better over time and as someone who has created build instructions, I can attest to how much time is involved. Let’s see how COBI’s instructions rate:

All elements are organized in larger and then smaller bags in similar fashion to LEGO models:

Now it’s time to build the M60 Patton and I was admittedly excited to dive in. Here’s what I found out while building:

As I was building, I noticed an interesting variety of building elements:

What about COBI quality control?

I was interested in how the cost of COBI models compare with LEGO so I did some research:

The final words should be my recommendations and here’s what I think about COBI building blocks and in particular, the M60 Patton set:

After I film videos, there are always additional thoughts that pop up. Here are the thoughts for this video:

Help make this content better! Leave your comments and thoughts below or in the comments under the YouTube video.

Thanks for reading and watching and if you are so inclined, please let others know about the blog using the hashtag #retroCombs.